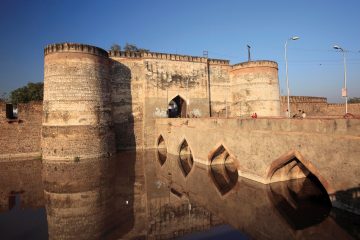 True to its name it withstood many attacks by the British and a after a long siege they had to withdraw but Arthur Wellesley ultimately managed ti capture Bharatpur for the British. Different from other forts. It is not at all flamboyant but radiates an aura of magnificence and strength.
The fort is surrounded by a moat, which was filled with water to keep away enemy at bay.
Interesting monuments inside the fort are Kothi khas, Mahal Khas and Kishori Mahal. Surajmal built Jawahar Bhurj to commemorate victories over Mughala and the British. 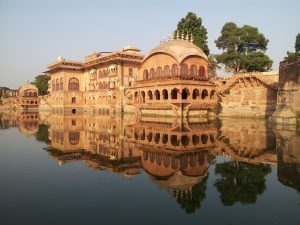 The Deeg Place is a beautiful garden town situated north of Bharatpur. The sparkling fountains and beautiful palaces add to the beauty of the place. Some interesting buildings of this place are. 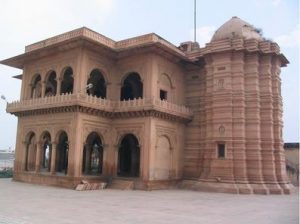 In 1845, Maharaja Balwant Singh started the constriction of this temple in aganga-temple-bharatpur very unique way. All persons employed by the state were asked to donate one months salary of their services or any raise in pay towards the shrine. 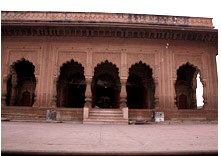 This temple is dedicated to Laxman, brother of lord Rama and is for beautiful stonework with carvings from doorways to callings, pillars, walls and arches. 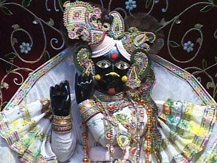 Bharatpur is an immensely popular tourist destination. Bharatpur is known for the world famous Bharatpur Bird sanctuary. It features several great sight seeing attractions, such as forts and temples. This eastern gateway also has great religious significance, as it features several temples. Banke Bihari is an immensely popular temple of Bharatpur. Banke Bihari temple is known for its marvelous architecture and is always crowded with devotees. offers complete online information about Banke Bihari Temple. Banke Bihari Temple is built on several acres and is positioned in the mid of city. 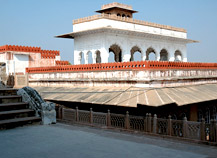 Within the fort building ,Kamra Khas, has been converted into a museum containing antiques, sculptures and ancient scriptures that tell us about the art & culture typical of this area. 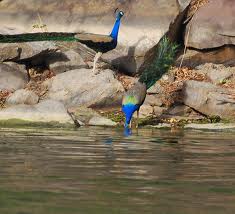 The National Chambal Sanctuary was set up in 1979 as a riverine sanctuary along anapproximately 425 km length of the. Chambal River and its ravines stretching over 2-6 km wide along the river.The Project is managed by the Wildlife wing of the Uttar Pradesh Forest Department and is head-quartered at Agra. National Chambal Sanctuary is the main area for the species reintroduction programmme of the crocodilian species Gavialis gangeticus (Gharial) .Chambal supports the largest population of Gharials in the wild.One of the few places to spot the Platanista gangetica – Gangetic Dolphins. (National Aquatic Animal ). Only known place where nesting of Indian Skimmers is recorded in large numbers. Chambal supports 8 rare turtle species out of the 26 found in the country. Chambal is one of the cleanest rivers in the country. Chambal supports more than 320 resident and migrant birds. 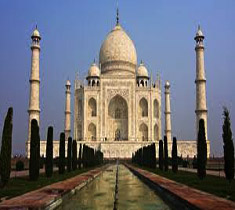 The Taj Mahal is the epitome of Mughal art and one of the most famous buildings in the world. Yet there have been few serious studies of it and no full analysis of its architecture and meaning. Ebba Koch, an important scholar, has been permitted to take measurements of the complex and has been working on the palaces and gardens of Shah Jahan for thirty years and on the Taj Mahal itself—the tomb of the emperor’s wife, Mumtaz Mahal—for a decade. The tomb is the representation of the house of the queen in Paradise, and its setting was based on the palace gardens of the great nobles that lined both sides of the river at Agra India. You will explore the entire complex of the Taj Mahal with an explanation of each building and an account of the mausoleum’s urban setting, its design and construction, its symbolic meaning, and its history up to the present day.

Agra Fort is a UNESCO World Heritage site located in Agra, India. The fort is also known as Lal Qila, Fort Rouge and Red Fort of Agra. It is about 2.5 km northwest of its much more famous sister monument, the Taj Mahal. The fort can be more accurately described as a walled palatial city. Agra Fort built by Akbar in Red Sandstone when he was through with the consolidation of his power after accession to power in 1654, Agra Fort worked both as a military strategic point as well as the royal residence. Ever since Babur defeated and killed Ibrahin Lodi at Panipat in 1526, Agra played an important center of Mughal Empire it was in a ruined condition and Akbar decided to make it his capital and arrived in Agra in 1558 Akbar had it rebuilt with red sandstone. Architects laid the foundation and it was built with bricks in the inner core with sandstone on external surfaces. Some 1,444,000 builders worked on it for eight years, completing it in 1573. At the end of his life, his son, Aurangzeb, in the fort, a punishment that might not seem so harsh, considering the luxury of the fort, imprisoned Shah Jahan. It is rumored that Shah Jahan died in Muasamman Burj, a tower with a marble balcony with an excellent view of the Taj Mahal. 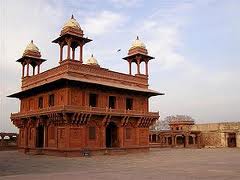 Fatehpur Sikri, a city predominantly in red sand-stone, situated at a distance of 37 kms from Agra, was built by the Mughal Emperor Jalal-ud-din Mohammad Akbar, in honour of the great Sufi saint Salim Chisti ; its magnificence and uniqueness offers a fine example of the emperor’s architectural finesse. Akbar’s tolerant religious views and interest in literature, architecture and fine arts gave the buildings at Fatehpur Sikri a charismatic blend of Islamic and Hindu elements in their style and design.At Fatehpur Sikri during sunset and sunrise, the turrets and domes create shadows and silhouette against the copper red sky; which truly is an inspirational scene for a painter’s canvas or the visitor’s eyes. 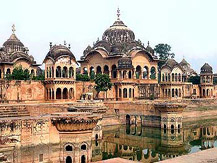 Mathura widely known as birth place of lord Krishna is located on the western bank of river Yamuna at latitude 27degree 41 Minute N and 77Degree and 41 Minuet E. It is 145 Km south-east of Delhi and 58 Km north west of Agra in the State of Uttar Pradesh. For about 3000 Year it was the hub of culture and civilization . Held in sanctity by the Buddhists, Jain and Brahmanical faith alike, it has a long and chequered history. One of the Sapta Mahapuris, it was ruled in turns by the kings of Solar and Lunar dynasties and became a center of three Cultures India Indo-Scythian and Hellenstic. For are creation Mathura is the Athens of India. The great school of sculpture known as Mathura school of Art flourished here for 1200 Years. Such proliflic creativety and gushing devotion to novel Art Forms and experi-ment in sculptures and clay figurines as found in this school are rare in the annals of indian Art History. A survey of this glorious School of Art can be made in the Government Museum, Mathura. The present day Mathura abounds in Place of Religious and Historic Interest, All round the year A large number of Festival and fairs are held in Matura and adjoining areas of Vrindavan Gokul, Brazen and Goverdhan The rascal of Brij is thematically the basis of many performing Arts. 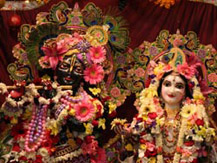 15 Km. north of Mathura on the same bank of Yamuna, lies the celebrated town of Vrindavan, almost as closely associated with Krishna as Mathura itself. Indeed one hardly speak of Vrindavan alone to; the devout Hindu. Mathura-Vrindavan can not a unified image of untold beauty and religious sanctify. What is comparatively a matter of detail is that Vrindavan is believed to have been the stage on which Krishna performed his famous romantic and sportive roles. Unlike busy Mathura. Vrindavan seems perpetually to be dreaming and imaginatively, re-living its romantic past. There are hundred of shrines in the town, as also numerous ghats and several sacred tanks, of which one called Brahama kund and another named Govinda kund are the most highly venerated. The most famous as well as the finest temple in Vrindavan is that of Govinda Deva, dating from 1590. It is a huge, Cruciform, Vaulted building of red sandstone with a nave 30Mt.(100Ft.) in height and breadth the wall is 3 Mt.(10Ft.) thick on an average and is built in two stage. The upper being a regular triforium.

Explore more with us

“Hotel Kiran Villa Palace in Bharatpur, Rajasthan is truly a Holiday paradise treasure for Birds Watcher, Photographers and Family . From the charming dining rooms where seasonal gourmet meals are served, to the warm and inviting guest rooms that have been meticulously restored, the Kiran Villa Palace is a favorite destination for the Visitors of Keoladeo National Park and travelers seeking a unique dining or lodging experience.